MIT Climate CoLab: build your own climate action plan for different regions of the world

Are you interested in helping develop a climate action plan for different regions of the world?

The MIT Climate CoLab is currently running over 20 contests where people from all over the world can work with experts and each other to develop proposals on how to address climate change challenges.

As world climate leaders prepare for the international climate talks in Paris later this year, the MIT Climate CoLab recently launched a new set of contests that gives you a chance to build your own regional climate action plan and estimate its effectiveness.  Regions include United States, Europe, India, China, other developed countries and other developing countries.

Authors of the most promising proposals will present their work at a high-level gathering of influencers during MIT’s Solve conference this fall, and are eligible to split a $10,000 prize that will be announced in December. Even if you don’t have ideas yourself, you can help improve other people’s plans and support the ones you find most promising. Final entry date is August 31, 2015. All proposals will get feedback from national and global experts. For details and to enter, visit: http://ow.ly/R6VX2. 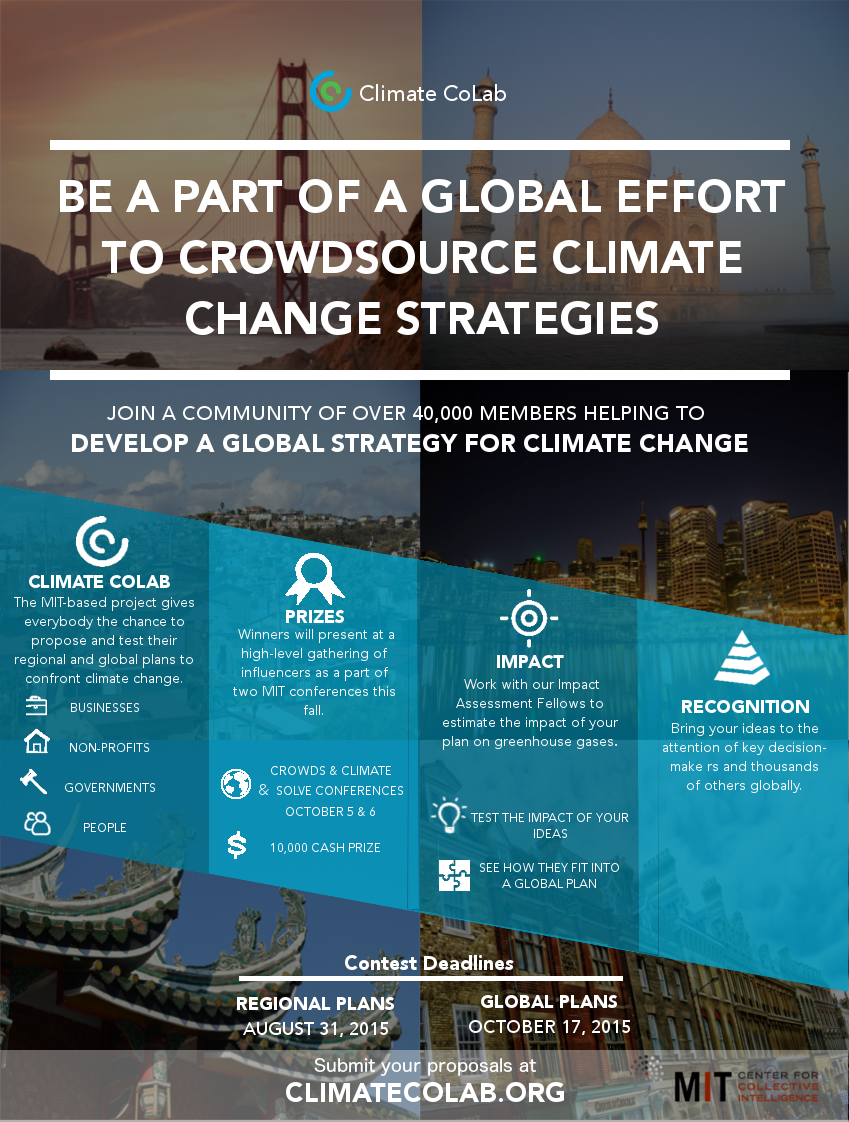 You need to be a member of Paryavaran.com- Indian Environment Network to add comments!

This reply was deleted.