The Magadh University Paryavaran Club sponsored by Paryavaran.com will bring together all students ( current & past) , teachers and those interested in utilizing their talent through partnerships, job opportunities and business relationships.

Here's some details about Magadh University from their website:

Magadh University is today one of the largest universities of Bihar and India. The University has developed horizontally and vertically having 24 post Graduate Departments, 44 Constituent and 85 affiliated Colleges, altogether with above 2 lakh students and 2 thousand teachers. Prof. B.N.Pandey, an academician of excellence is the Vice - Chancellor. The university expands over an area comprising of Gaya, Jehanabad, Patna, Nalanda, Nawada and Aurangabad districts. The areas of Bhojpur, Buxar and Rohtas and Kaimur districts have been separated under a new University - Veer Kunwar Singh University, with its headquarters at Ara in October 1992. The headquarters of this university is established at Gaya, about 2.5 Km away from the world famed heritage site of Mahabodhi Mahavihara or the Great Temple. The Gaya - Dobhi National Highway No. 83 passes by and gives it passage to east - west connections with other urban centres of the country. It is 16 Km from Gaya, linked with Railways communication getting linkages with Delhi - Kolkata and also from Patna - the Capital city of the state. The recently built up International Airport will further facilitate its academic importance to countries like Thailand, Srilanka, Myanmar, Colombia, Vietnam, Japan, Korea, China, Singapore and others. Naturally, the University is fortunate to have this background to remain developing in coming days.

The University owes it very name Magadh from the ancient Empire "Magadh" which has got its historic identity and also represents the Magadh region as the core of historic - cultural apex of the state. At the time of independence, Patna University was the only university of state which was imparting postgraduate teaching. In 1952 Patna University was given a status of teaching - cum residential University with the selected colleges established in Patna along the Ashok Raj Path. The other colleges of the state were brought under the control of Bihar University, a newly University created. Consequently several colleges were established to impart education to the remote areas a separated Bihar has today 12 Universities - Patna, Bihar, Magadh, Bhagalpur, Mithila, JP, VKS, BN Mandal, Nalanda Open, Sanskrit, Arabic and Chankya. Magadh University is the largest and the most popular one.

Magadh University came into existence after the Government of Bihar passed act for this University in 1961 .The functioning started since the 2nd March 1962, initially in Red House of Gaya for the official purposes and the teachings in two rented buildings - Jamuar Kothi and Dora Kothi. In the beginning teachings were introduced only in seven subjects - English, Economics, Geography, History, Mathematics, Hindi and Philosophy. The present campus was founded by Dr. S. Radhakrishnan, the then president of our Republic of India on the August 20,1964. The Post Graduate teachings in Sciences - Physics, Chemistry, Botany, and Zoology - were started in 1966 in the buildings of Gaya College. After three and four years the office and departments were shifted on the present campus in 1969 and 1972. Again the university kept expanding with the passage of times when other subjects i.e. Psychology, Pol. Science, AIAS, Applied Economic and Commerce, Sanskrit, Pali, Arabic, Persian, Urdu, Sociology, Labour and Social Welfare, Journalism and Buddhist studies were added. Most recently teachings of Distant Education has been started. Moreover, a few colleges of the Universities, - Gaya College, Gaya, Nalanda College, Biharsarif, S. Sinha College, Aurangabad, College of Commerce, Patna, A. N. College, Patna , J. D. Women's College, Patna, B. D. Evening College, TPS College and RLSY College, Bakhtiarpur are imparting also Post Graduate and other professional and vocational educations. The teachings in Medical, Engineering Education and law are also done here. Thus the university rsitv serves the greater cause of the society and the nation.

Dr. K. K. Dutta was the first Vice - Chancellor who was the most distinguished Historians of the country. Since then more than two dozens learned academicians and administrators acted as Vice - Chancellors who led the University into the fame and prominence.

This group does not have any discussions yet.

You need to be a member of Magadh University Paryavaran Club to add comments!

Paryavaran.com -online webportal to network and do business and philanthropy with Indian Environment Organizations and Professionals

Get the Directory Free.. 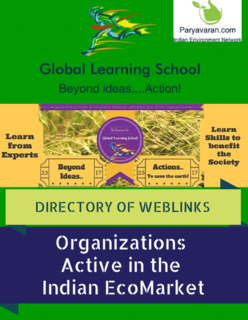 Join us as Institutional Member today
Organizations where our Members Come from: More than 2000 at the last count...

ERM joins as Partner. Invites you as India Business Partner 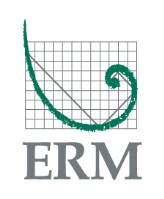 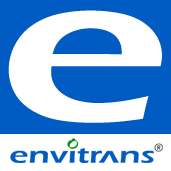 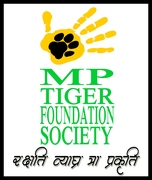